I got to work in Wendy's Word Journal to kick off Round 5.  I chose the Word Believe and a fairy came to mind.  I decided to play with some of my new stamps from Carabelle Studio and Distress Oxides for this spread also.

I started by Painting my background with a mix of acrylic paint colors. 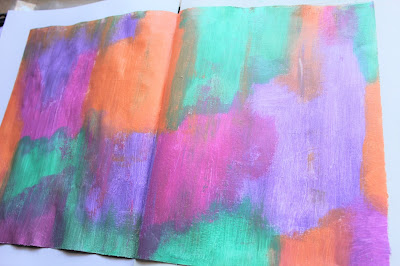 Next I used my Distress Oxides with a Circle Stencil from The Crafters Workshop and a little bit of mark making with the Union Stencil from Stencil Girl.  This was followed by some stamping around the edges and a few circles.  This was the first time I had played with these Carabelle Stamps.  My fairy however also from Carabelle has graced a few projects before now. 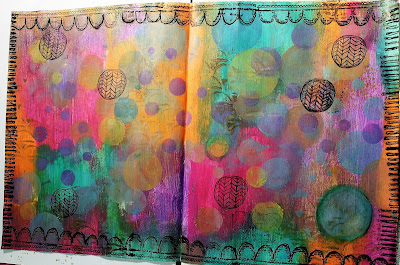 I stamped out, colored and cut out the fairy and stuck her down.  The Inktense Water Color Pencils used to color the fairy were also used to color in my stamped word Believe (I think this was a Rubber Dance Stamp). 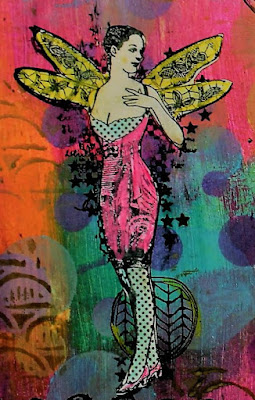 I wanted to keep things simple, but felt something was missing.  A bit more color perhaps?  I took out my yellow Posca Pen and added a touch more color around the stamped borders.  I still felt a touch more magic was needed and thought a touch of shimmer was the perfect touch for a fairy.  I smeared and smudged it around the fairy and stamped circles.  The last finishing touch was some stamped butterflies using stamps from Darkroom Door. 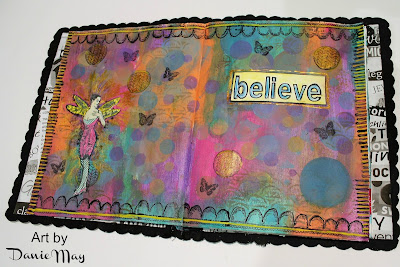