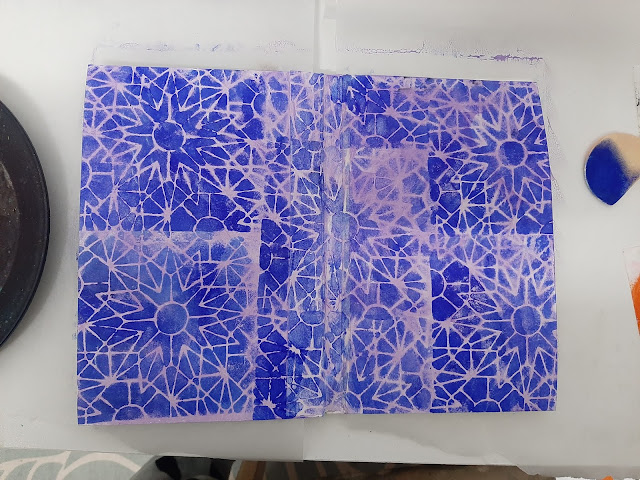 I started my covering the page in a light purple acrylic paint. I then used a royal blue arcylic paint through a really cool stencil. 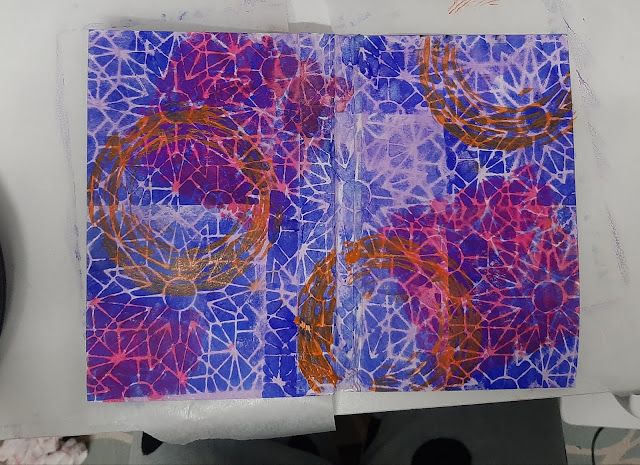 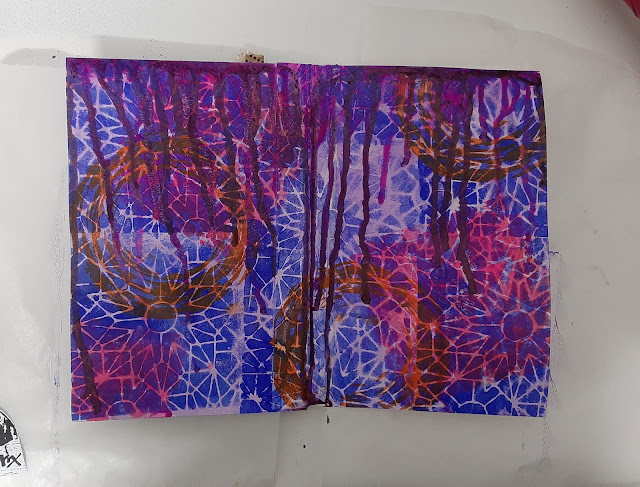 It was at this point i started listening to Jimi, especially the song Purple Haze. This Amazing song reminded me of relaxing t home when it's rainy outside, so i decided to show this in the page. I love drip art, so fun and messy. I used Finnabair Liquid Acrylic Purple watered down and lindy's squirts Purple for the rain. 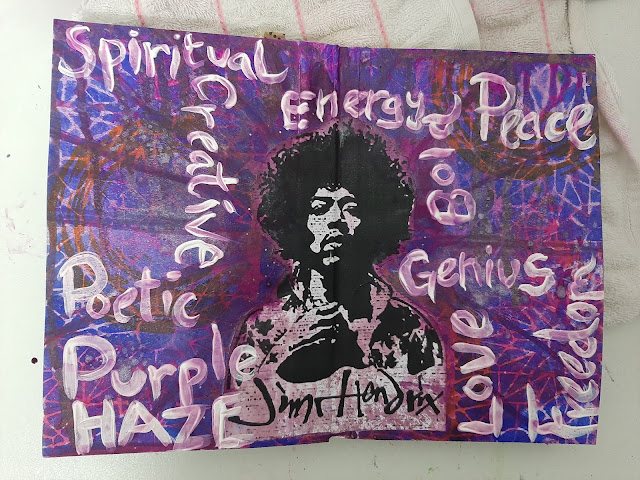 I used a print out of Jimi from a Google search. I was going to attempt to paint him but didn't want to ruin that Strong image.

I created a Purple Haze around Jimi using Sprays, ink and Watered down Acrylic paint.

I used a very opaque white posted paint to write words that describe Jimi. I came across an Amazing Image taken from The Jimi Hendrix Park Foundation.  This image is of words that Jimi's fans used to describe this Amazing artist. 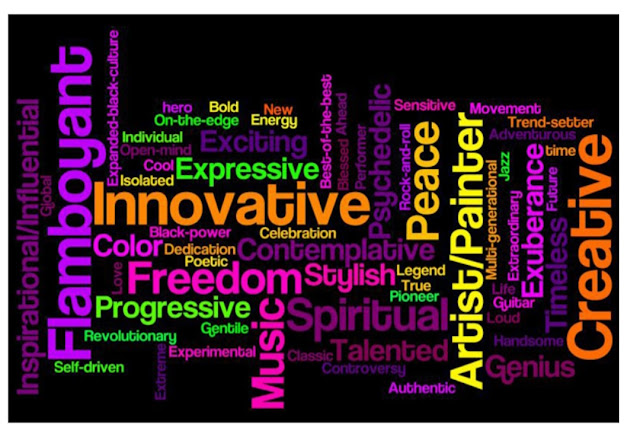 I borrowed some of these words for my page.

Jimi died at the age of 27, his career only lasted 4 years.

Jimi was only known by the name Jimi in 1966, he was born as John Allen. Once his father returned from WW11 he renamed him James Marshall Hendrix. Jimi was first spotted at a cafe where he started playing his Guitar with his teeth. Chas Chandler, the Bassistfor the Animals apparently said "wow, i can do something with this" and suggested to start using the name Jimi to start an amazing career with this unheard of kid. Jimi could not read music and taught himself to by ear. He would often use words and colours to describe what music he wanted to play and what emotions he wanted to portray.

I really enjoyed creating this page in The Memorable Music Journal.

I really loved creating it.