When I knew that Jenny's AASG journal theme was going to be Paper Dolls, I was ecstatic, my eyes lit up like a Christmas tree.
I decided I would do an "Enchanted Forest Prom" theme for my page. I am obsessed with Julie Nutting paper dolls, I haven't used them in quite a while, so when this opportunity presented itself, I jumped at the chance. 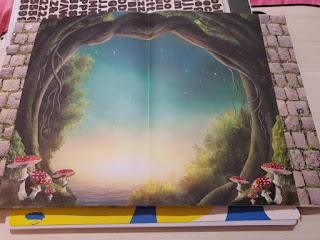 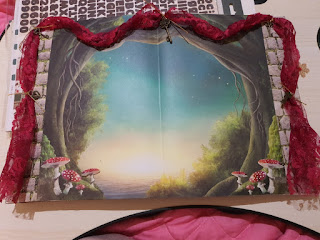 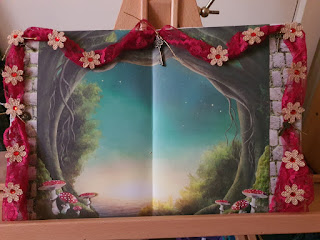 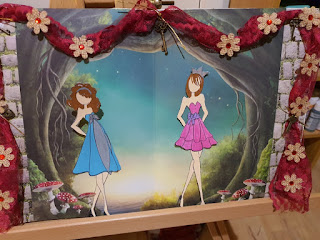 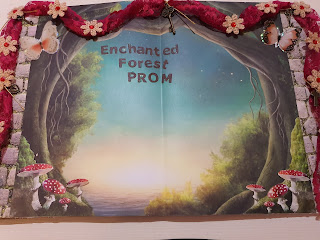 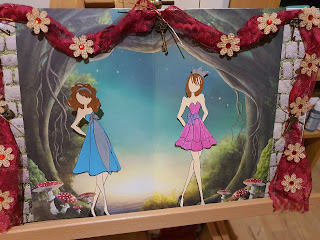 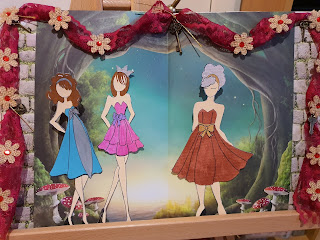 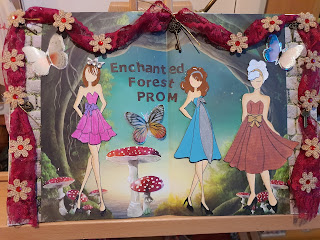 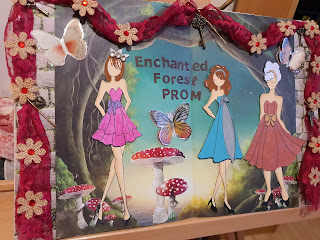 I used two different paper themes from the Kaiser craft 'Enchanted Forest' paper packet, as well as the alphabet stickers to spell out Enchanted Forest Prom. The butterflies are from a sticker pack I bought from the reject shop ages ago, and the heshan/red gem flowers were purchased from a $2 shop, I felt like they suited the theme, so decided to add them in.
The red/burgundy lace was added to act like drawn apart stage drapes, it was given to me in a lovely happy mail swap. The keys adjoined to various parts of the "drapes", were added for affect to the Enchanted Forest Prom theme, almost like a 'Secret Garden' type of thing; which I was also considering at the beginning. I wanted to make sure the journal could close properly, I double checked a number of times that it wasn't too thick and bulky, and I am happy to say that it worked out fine, it can close very easily, without compromising all other parts of the journal, including any future work done by other members of the group.
I then went ahead and painted the dolls with Jane Davenport acrylics, Ceramcoat acrylics, as well as using an additive called liquid sparkle by Ken Oliver, for shimmery effects to the shoes, bows, hair bands etc..
I cut out various additional pieces of the stamped dolls to make them look like they had a 3D effect, I didn't want to use foam stickers between each layer as I thought it would look unusual, I'm not sure why I thought that but maybe it was "less is more" type of thinking.
And now the completed picture. For a while I was stumped for ideas, I felt frustrusted because paper dolls were one of my favorite things to create with, so I began just sifting through a heap of magazines and finally the light bulb turned on.
Anyhow Jenny I really hope you like what I have done, once I had the theme firmly in my grasp, I had the best fun, so thank you for the opportunity, sincerely Melissa.

Posted by Melissa Guest at 8:00 PM