The man with the hollow tooth: Mon's entry in Nicole's "Out of the Box"

Nicole's journal was so freeing and "out of the box" for me that it took me a while to find what I'd be doing as my entry. Normally when working to a theme I try to push the boundaries and think outside the box.

With the theme of "Out of the box" it was more the opposite for me: a working "into a box" if that makes any sense.

I based my entry on a story my Grandpa used to tell me when I was little. It is one of those never ending  stories that loop. The sparse reference i could find on the net implied it was a Swiss story as it was apparently not known in Germany. The story goes like this (translated from Swissgerman:) 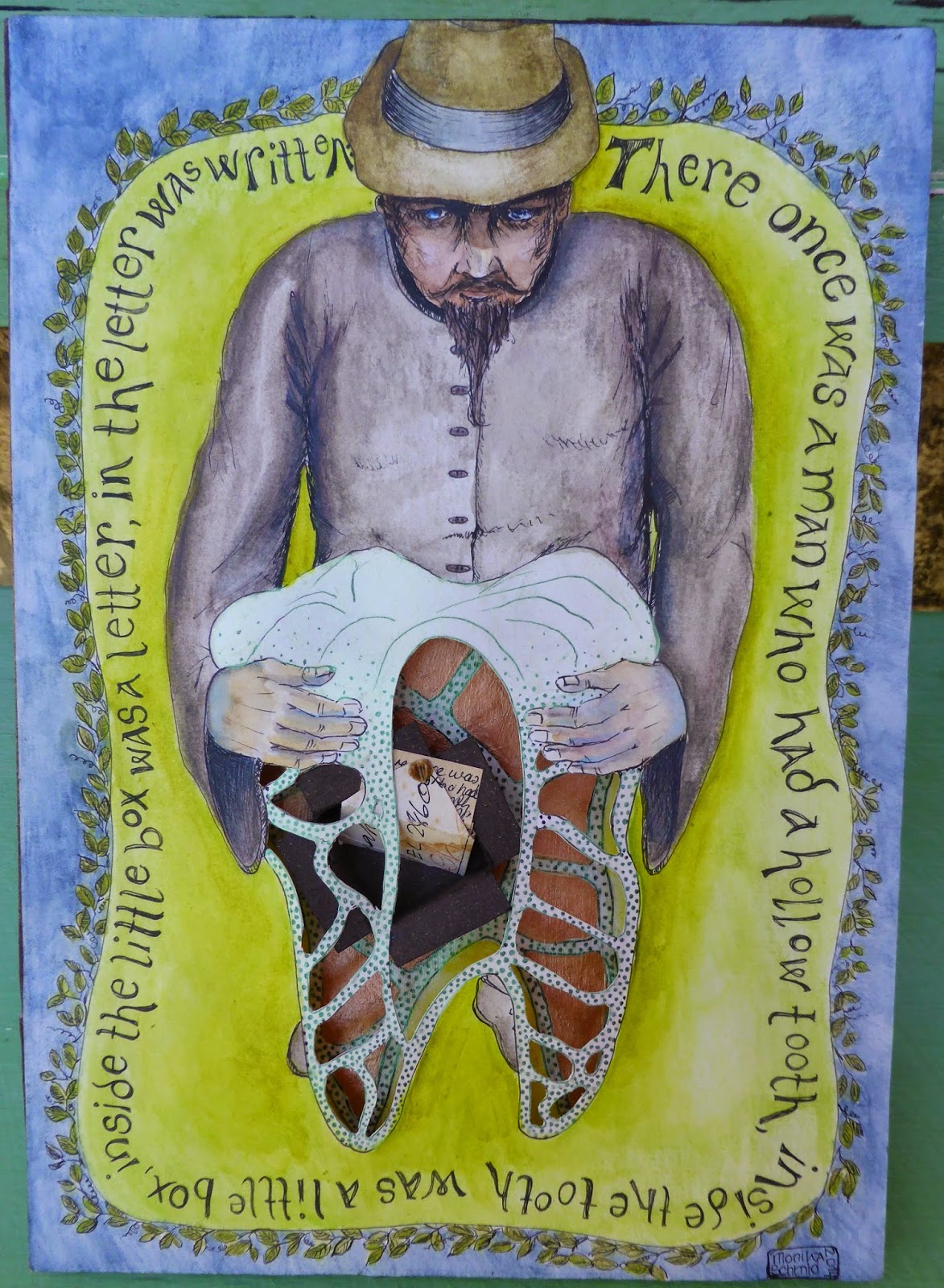 Somehow as a kid I could not get enough of this story and I must have driven my ever patient Grandpa nuts with urging him to go on and on and on.
In my mind I could see it clearly; the man with the hollow tooth who's tooth housed increasingly smaller versions of himself and at the same time I was still curious as to what the next "little box" might contain. But of course it always was another letter with the same story in the box but that did not dim my fascination with it. 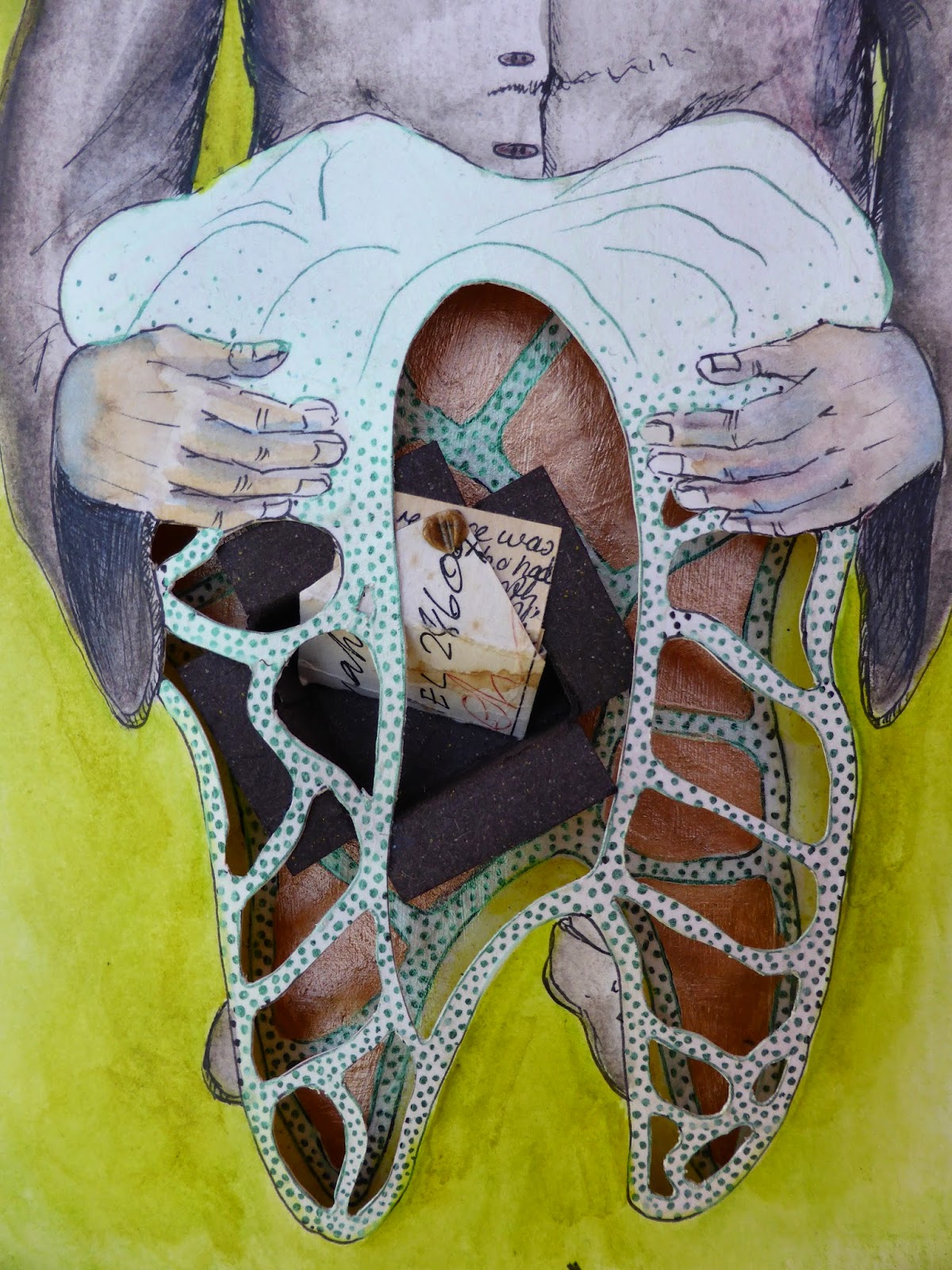 It was a bit like holding both mirrored bathroom cabinet doors to my face and seeing an infinite and ever smaller version of myself. Or like going for a walk not knowing what the next bend in the path might reveal. 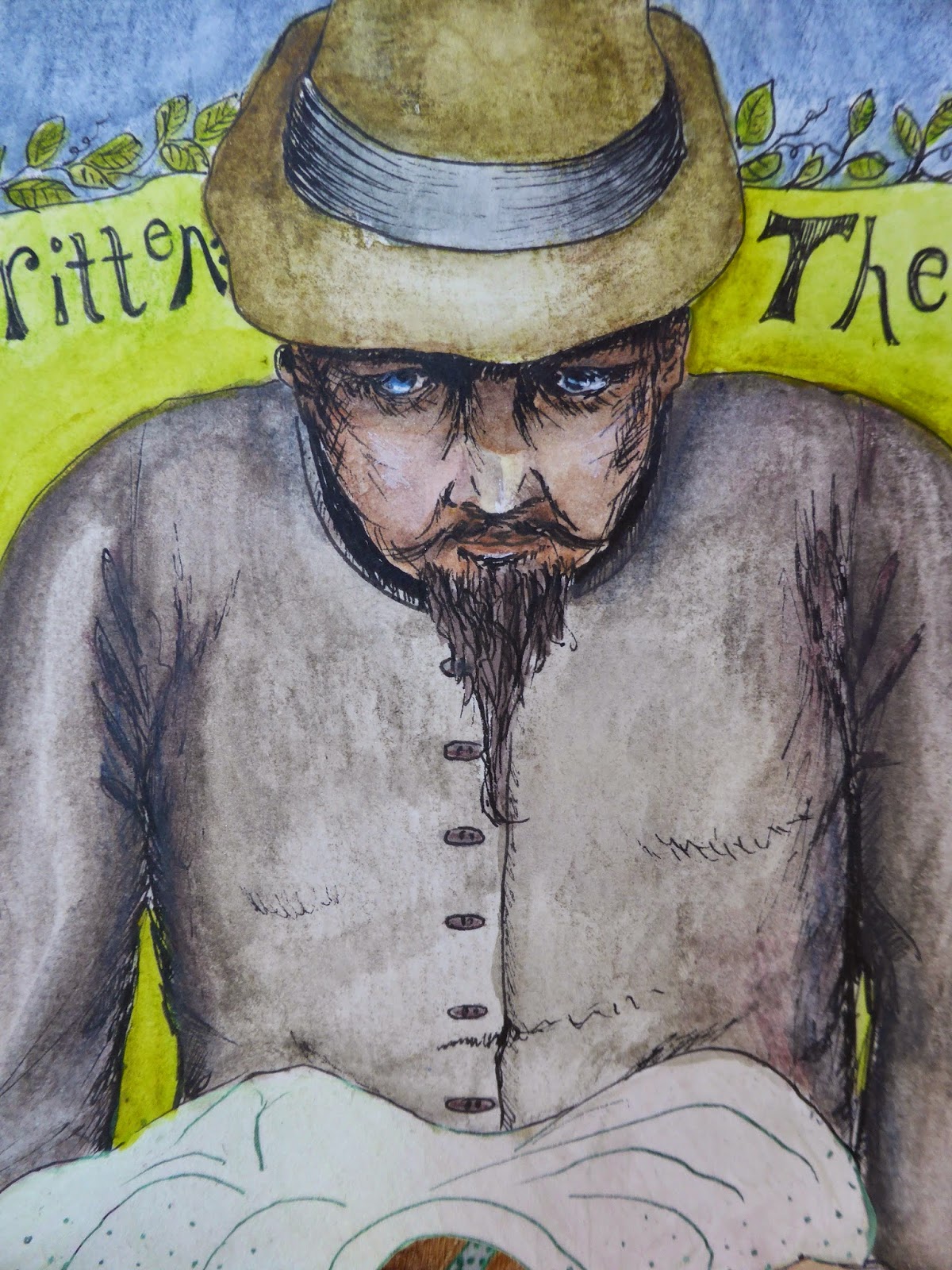 My entry in Nicole's "journal" (it is a box not a journal) became itself a little box as this is a hollow double layer about 1cm thick. Inside the hollow tooth sits a little box with a wee letter stuck in it and with a wee drop of sealing wax which landed partially on my finger. I have a blister to prove it. (Note to self: When working with sealing wax on tiny areas it is safer to use a toothpick or similar to hold down the piece.)

On the back I wrote the story as many times as would fit onto the paper and then used an aqua brush to paint a man's face with water and the soluble ink from my writing pen as the only paint. 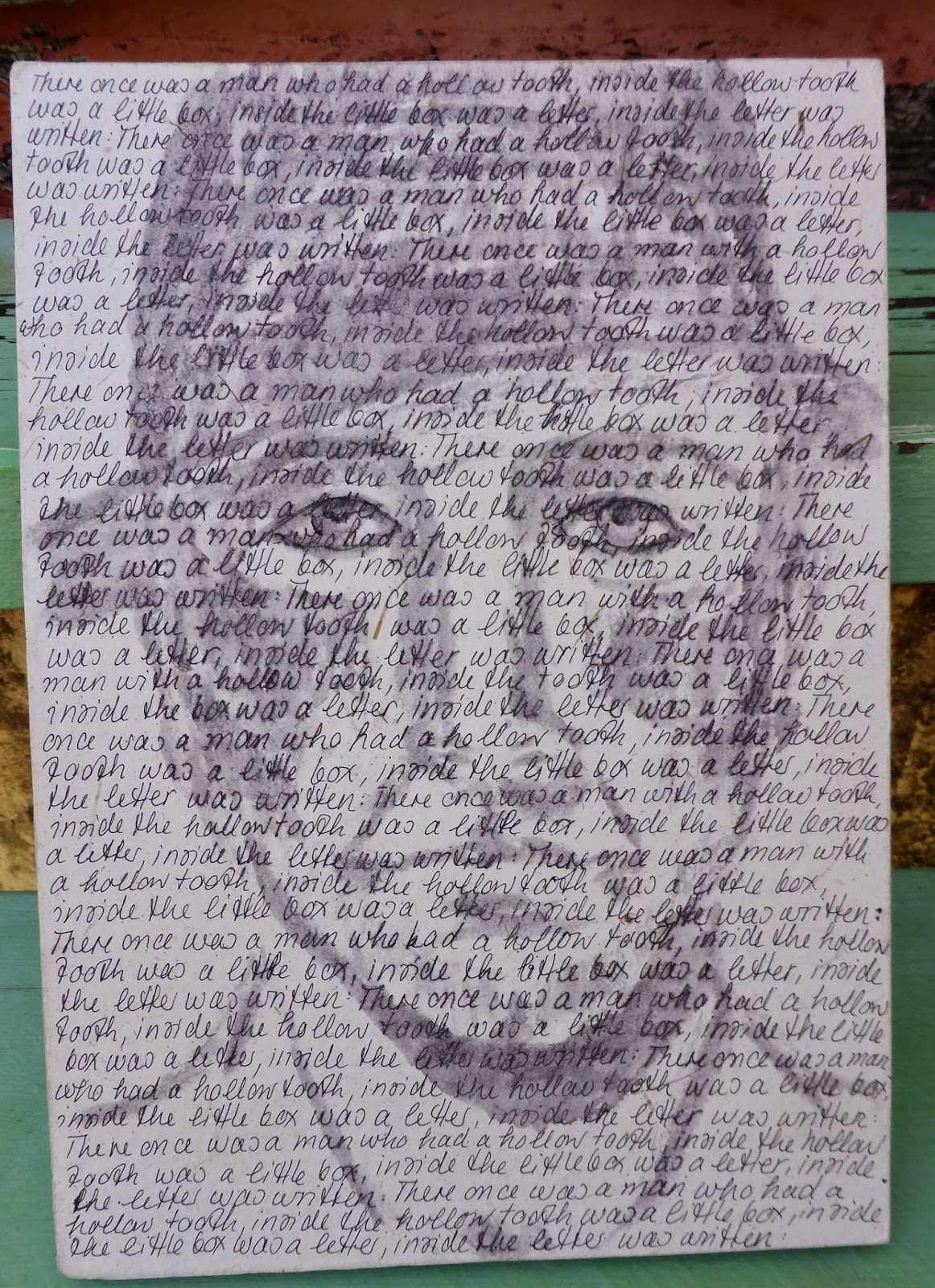 I enjoyed working in this box of a journal and it brought back many memories from my childhood.
xoxo
Posted by Monika Schmid at 5:33 PM

Email ThisBlogThis!Share to TwitterShare to FacebookShare to Pinterest
Labels: Monika, Nicole, Out of the Box